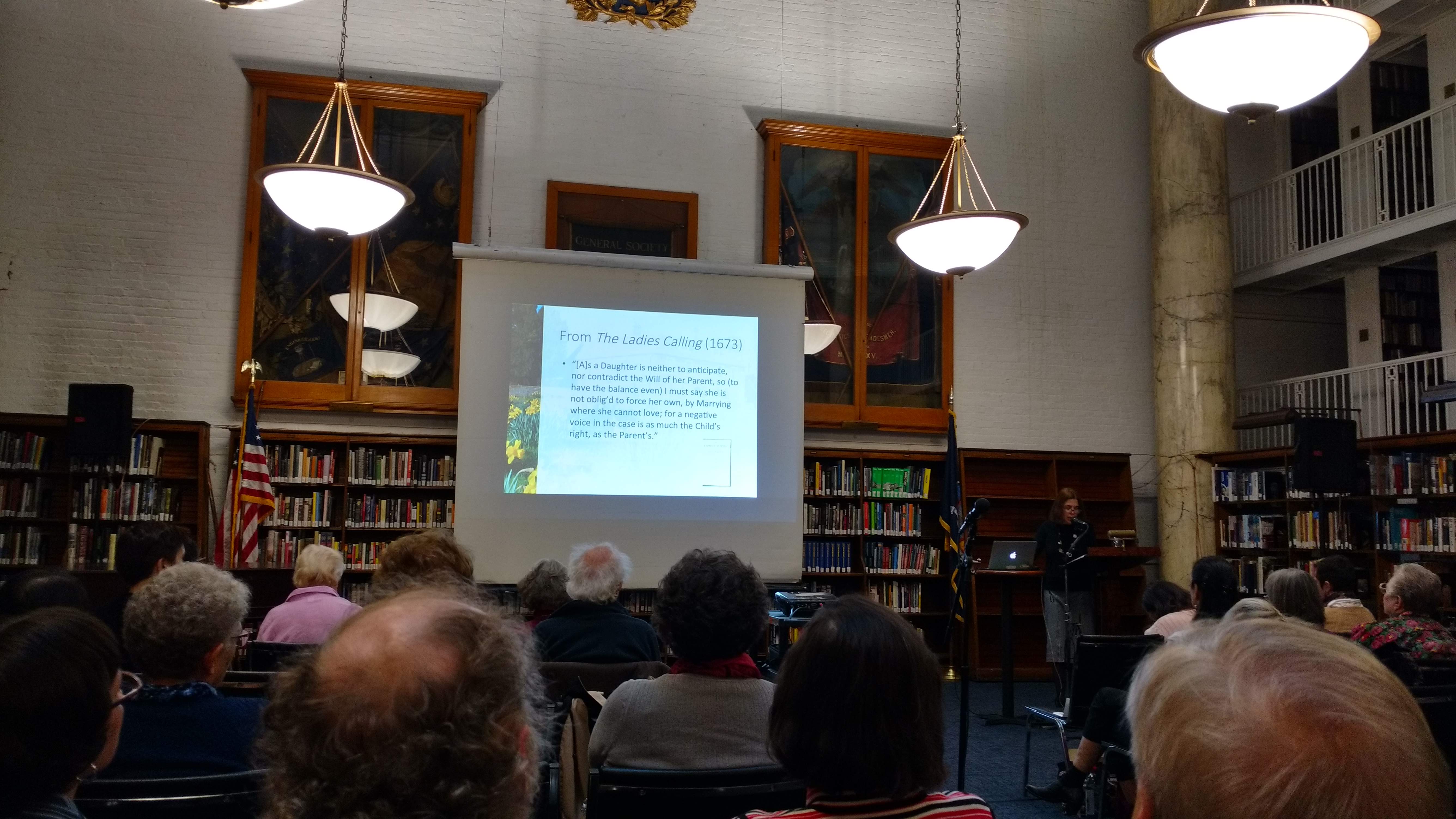 Love in its many forms was on the mind of attendees to “A Fancy or a Feeling: Jane Austen and the Modern Psyche,” which took place on October 21, 2018 at the General Society of Mechanics and Tradesmen. With two speakers on the bill, members had the opportunity to look at the idea of love from very different perspectives.

Jane Austen’s romantic fictions are more complex than they appear, suggested Susan Ostrov Weisser, author of The Glass Slipper. Austen was writing in the transitory phase when marriage arranged by one’s parents was beginning to go out of style to be replaced by our modern understanding of marriage, that of committed partnerships and compatibility. Austen’s characters who evolve by the end of the novel with their spouses are similar to the modern idea of becoming a better person through love.

Wendy Jones, author of Jane on the Brain: Exploring the Science of Social Intelligence with Jane Austen, spoke about how Austen’s novels are relatable because they deal with emotions that are universal. After explaining aspects of social intelligence like the attachment system, Dr. Jones used Anne Elliot as an example to explain how choice resonates and how connections to others can lead to a better life.

The enthusiasm of a woman’s love is even beyond the biographer’s.
Mansfield Park