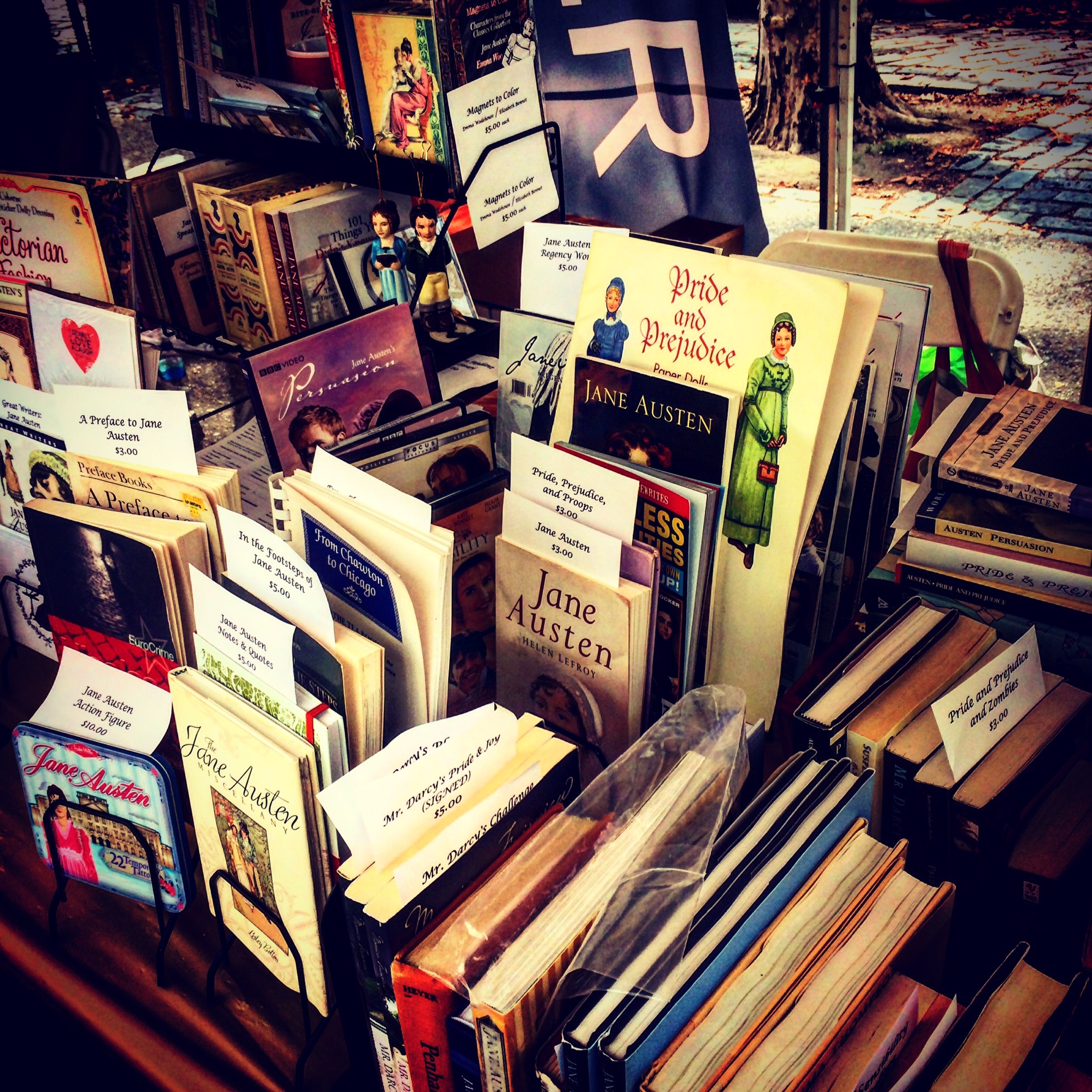 September 20, 2016 – In New York City and Brooklyn in particular, there are several signs that fall is in the air: the kids are going back to school, the weather is starting to change, and the Brooklyn Book Festival is open for business.

Held this year on September 18 at the steps of the courthouse in Downtown Brooklyn, the Brooklyn Book Festival featured writers, publishers of all sizes, educational writing programs, literary societies, and bookstores from all over the city. The Brooklyn Book Festival is a bookworm’s waking dream, offering bibliophiles the chance to explore the many literary opportunities that only come together once a year. For the first time in three years, JASNA-NY made a triumphant return to the festival.

Led by program chair Kerri Spennicchia, members of JASNA-NY (myself included) volunteered throughout the day. In addition to selling books, DVDs, Christmas ornaments, a Jane Austen action figure, coffee mugs, and other Jane related memorabilia, we were there to sell JASNA and Jane to the masses.

While engaging with Janeites and would-be Janeites (and hopefully new members of JASNA), it was discovered the Jane is universally beloved. Her books, as many of us know, have a universal appeal. That universal appeal was loud and clear by the many visitors to the JASNA table. Many were excited to see JASNA, to purchase an item, and perhaps take the membership flier to learn more about the society.

As an active member of Juvenilia, I was excited to see a good amount of young people learning about the organization. All in all, it was a great day, and the turnout was more than satisfactory. I look forward to seeing new faces at the next meeting.

I hate to hear you talking so like a fine gentleman, and as if women were all fine ladies, instead of rational creatures. We none of us expect to be in smooth water all our days.
Persuasion